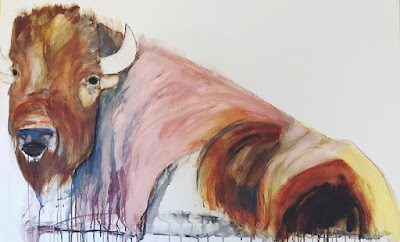 I listen to a lot interviews with singer songwriters.  I love hearing how songs are written, the concept of an album occurs or what rituals they create to fill their creative well.  I resonate with so much of what these artists share.

Although I have been listening regularly to these interviews for over 15 years, it just dawned on me about a month ago that I CREATE ALBUMS!

The latest album I completed was my series titled Gentile Giants of this Wild World.  This body of work was based on this concept:

Bison are survivors of extreme conditions: very hot, dry summers and very long, cold winters.  Bison are anatomically built so they are able to plow through the heavy snow to find their nutrients.  A bison's primary predator is the wolf.  The only time a wolf has any success in maiming or killing a bison is from behind.  Because of this, bison can have stand offs  with wolves for days at a time.

I cannot help but notice parallels with what has been brought to a head in our country: Those survivors of extreme conditions.  Those forced to have stare downs with "authority" for the length of their lives (can you imagine the effect this has on one's physical, emotional and spiritual immune  system?), unable to turn their backs because it's been proven time and time again to NOT BE SAFE.  This isn’t a pretty world and I definitely don’t consider bison to be a pretty subject. 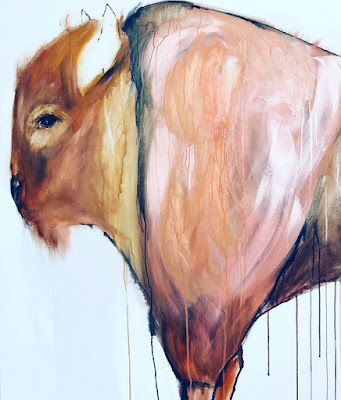 Other albums: Watership Down Rabbits, the Giant Rabbits, A Kinship of all Creatures (U of M, Speak! 2016  conference), the cows are several box sets, for sure.  After resisting the lions for several months, now I am thinking a “My Lion’s Gate” album would rock. 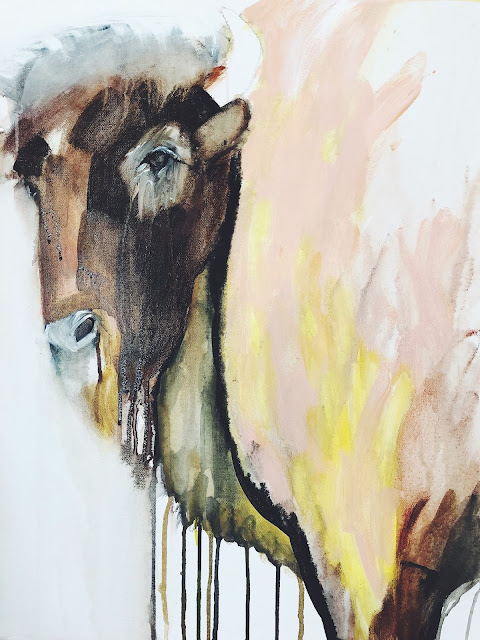 Gentle Giants of this Wild World 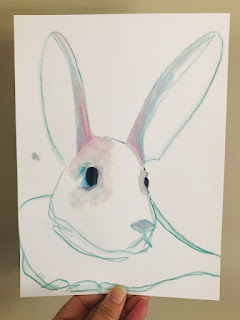