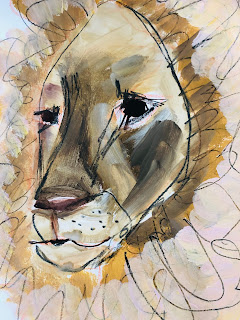 She asks me what I think the lion means to me.  I say this lion represents a combination of fierce and the ability to be at ease.  These characteristics go hand in hand for the lion.  But these two ways of being just can't seem to coexist together in my head.  I also say that the word, fierce doesn't really seem to fit.  I just cannot seem to find the right word (even though I've had the lion since June 19).  We play with different words.  One that can be substituted for fierce.  None of them fit.

But then, all of the sudden, I get a visual of a birthday post I received from one of my friends at the end of June.  She had received an MC Hammer doll from another friend of ours on her birthday.  She made a sign for the doll to hold that said, "Happy Birthday!!! It's Kari Time" and took a picture, with the caption reading, "Can't Touch This." 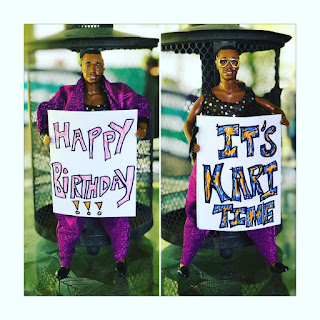 That's what the lion represents to me.  The lion is relaxed and in tact.  No one can touch, invade or threaten who the lion has worked so hard to become.  This is where I am heading.  This is what I've been working toward.  This is my Lion's Gate.

And I think this is the end of this story (for now) but I don't think I am finished with painting these lions.
Email Post
Labels: intuitive art intuitive artist intuitive painting lion MC Hammer spiritual direction 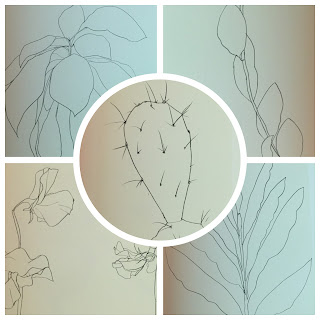